Ipomopsis aggregata or Scarlet Gilia was first collected not far from where this picture was taken. It was found on the Lolo pass, the present-day boundary between Idaho and Montanna, by Lewis and Clark on their expedition west in the early 1800s. Sometimes it is called scarlet rocket because the petals of the flowers appear to be blowing back like it has been shot out of a cannon.

The plant is pollinated by hummingbirds or moths because of the long trumpet tail of the flower. There is a droplet of nectar hidden at the base of the flower that attracts those pollinators with tongues long enough to reach the treasure. This picture was taken at about 7,000 feet in elevation near the old Gilmore Idaho townsite in July of 2019. 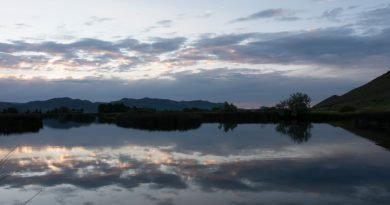