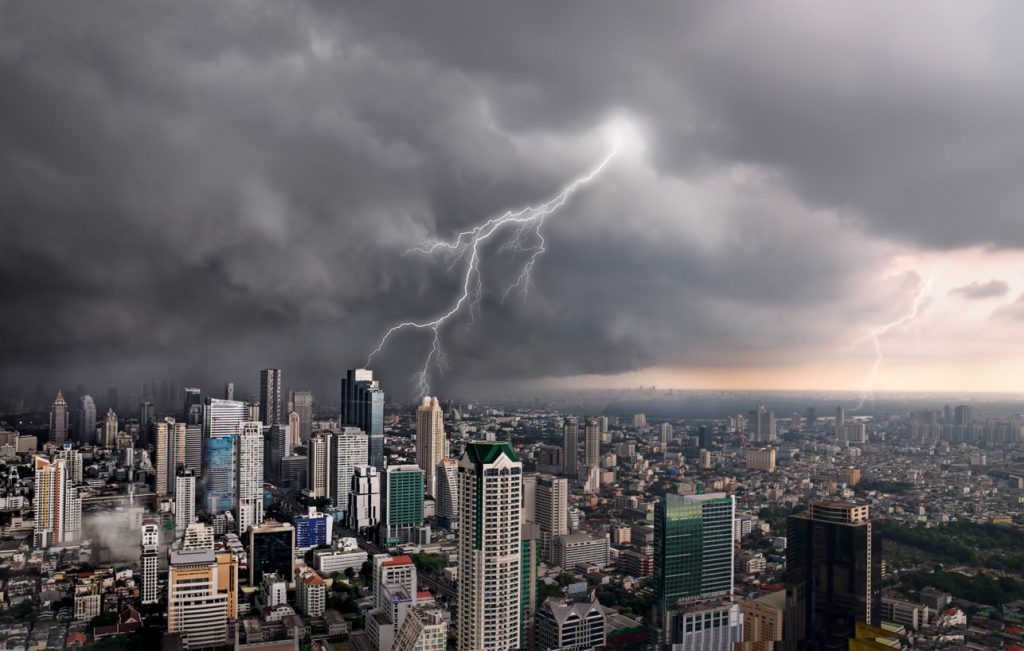 Do I need an electrical surge protection device (SPD) in my RV? I get this question all the time. I tend to err on the safe side of electrical questions in RVs, so my first reaction is, yes, you always need some sort of surge protection. Then the next question is which one is the best? This article will give you the knowledge you need to know to compare and decide which surge protector is best for you.

What is a surge protector?

When people think about surge protection, they often think of lightning, which is a serious concern for electrical appliances. For example, lightning hitting a power line may produce a voltage spike over 100,000 volts and 20,000 amps at the location the lightning hits the line. However, as your distance from the strike increases, the voltage decreases. But, even a strike miles away on a power line can create a surge inside the RV.

The common assumptions about lightning come from he ANSI/IEEE C62.41 and UL 1449 (3rd Edition) standards. They say that minimum lightning-based power line surges inside a building are typically 10,000 amperes (10 kA). This is based on 20 kA striking a power line and the imparted current traveling equally in both directions, with 10 kA traveling into the building or home (RV). You might assume that I am good to go if I have a surge protection device on my RV (or home) rated at 10,000 amps.

Close lightning strikes are often catastrophic, and no surge consumer-level protective device can protect you from them. But even much smaller voltage spikes can damage electrical equipment. The most common source of smaller electrical surges comes from other electrical devices in your RV. Something as simple as your air conditioning or microwave turning on and off can create a spike of several hundred volts that you need to suppress. So, surge protective devices have some set amount of voltage that can pass through before stopping the surge.

How a Surge Protection Device Works

When the voltage rises above an acceptable level, the surge protector absorbs the excess voltage to prevent it from causing harm down the line. Specifically, internal components called metal oxide varistors (MOVs) absorb the extra voltage and divert it safely to the ground. The surge protector stops the surge from reaching downstream electrical equipment. Every time a MOV absorbs a surge, its internal structure changes, and its ability to absorb surges is reduced slightly. Over time they age and must be replaced.

After many spikes, the threshold voltage can reduce enough to be near the line voltage, i.e., 110 vac or 220 vac. The MOV will partially conduct and heat up and eventually fail, sometimes in a dramatic meltdown or fire. Most modern surge protectors have circuit breakers and temperature fuses to prevent grave consequences. Most also have a LED light to indicate if the MOVs are still functioning, and it is something you should be watching for when selecting a surge suppressor.

Also known as the let-through voltage specifies what spike in voltage will cause the surge protection device to work. Typically, the surge protector starts working at a voltage around 3 to 4 times the voltage you’re operating at (e.g., 110v AC) and, through some method, divert the excess voltage to the ground. SPDs are rated according to the amount of energy in joules they can absorb before failing. The joule rating value is most important when comparing surge protection devices. The next is maximum surge current. We’ll start by looking at what a joule is.

What Are Joules and maximum surge current?

A joule is a measure of energy released over some period. For example, an average lightning strike releases about one billion joules of power over a fraction of a second.

A surge protectors joule rating indicates how much energy it can absorb before it fails. The higher the number of joules, the larger the surge protection provided. Key to determining the amount of protection needed include the type and value of the equipment to be protected.

As a rule of thumb, the higher the value of the equipment you’re trying to protect, the higher the joule rating should be. Think about what equipment you have in your RV. If you have a travel trailer or 5th wheel, you may not have the fancy digital control and display systems found in newer Class A and C motorhomes. You can get by with a surge strip in that case.

If you only have a couple of electronic devices, TV, microwave, etc., in your RV, you may be able to get by with simple surge strips that plug into the wall. Make sure you are using surge protection strips, not outlet strips. The two are easily confused, look for the term surge protection on the packaging before purchasing one.

Again, more joules are better. However, premium custom electronic control systems that run everything from holding tank levels to raising and lowering the blinds and turning lights on and off must have a whole RV surge protection device.

As I mentioned earlier, every surge the protection device absorbs reduces its lifespan, but most models include an LED that lets you know protection is present. The take-home message is no surge protector lasts forever. If you’ve had a major electrical event, such as lightning, that caused a power failure, or if your units have been in use for a few years, today is a great time to make a small investment in new surge protectors and greater peace of mind.

How to select a Surge Protection Device

Selecting a surge protection device is straightforward. The first thing is to keep in mind the value of what you are protecting. Since the electronics in RVs are costly to repair or replace, err on the side of too much protection rather than not enough.

For an RV with 30-amp connections, a minimum of 3000 joules and 6500 amps of maximum current is a good compromise. In 50-amp RVs, keep the minimum joule rating above 3500 and 6500 amps of max current. I like the Southwire line of RV surge suppression devices. They are very well made and offer other features that we haven’t addressed yet in this article.

Most well-made RV surge suppression devices will have other important features to consider when selecting one for your RV. Over and under voltage is often overlooked. In addition to surges, electronics are sensitive to over and under-voltage conditions.

A good rule of thumb is 132 volts for the overvoltage and 102 volts for the under-voltage. Technically most electronics will tolerate 10% fluctuations in voltage. It is not uncommon to experience these. A surge suppression device will disconnect the line voltage and monitor the line until the voltage returns to the acceptable limit and then reconnect. Therefore, it is crucial to match the number of amps to your RV. A relay turns power on and off; the surge protection device must be rated for current matching your RVs connection type (e.g., 20, 30, or 50 amp).

I prefer hard-wired systems. They may not be as feature-rich, but you don’t have to worry about them getting stolen. I’ve seen all sorts of wacky methods used to secure pedestal-mounted surge protective devices. In my opinion, the tradeoff is worth it unless you want to be able to use it on multiple RVs.

All these items are additional safety features that are nice to have. Open wires (e.g., grounds, neutrals) can cause serious safety issues. Remember that current flows from hot to neutral, and the ground is there just for safety. However, if either is not connected, the current from both will flow on one wire, creating a fire hazard. Another fire hazard is high neutral current flow, so it is nice to know you have protection there.

Reverse polarity and miswired pedestals are kind of the same thing. They can cause serious safety issues and damage sensitive electrical devices. It’s not live or die with this, as finding an improperly wired pedestal is extremely rare but not unheard of!

I mentioned my personal preference for the Southwire line of surge protection devices because the value received vs. the feature set is above average in my comparisons. They have relatively inexpensive units that offer good protection for all the essential things you need to monitor.

For the hard-wired units, the 30- and 50-amp units are the ones I have used most, so I know they work well. The pedestal mounts are also very feature-rich and compare favorably to competitors’ more expensive units.

I welcome your questions or comments. Thanks! 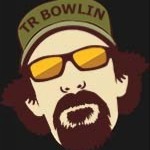 Lifelong Camper, RVer, and Photographer. I share on this site my years of experience owning and living in an RV on a budget.

4 thoughts on “Do I Need Electrical Surge Protection Device in my RV?” 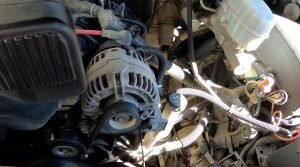 Using Your Vehicles Alternator to Charge Your RVs Batteries 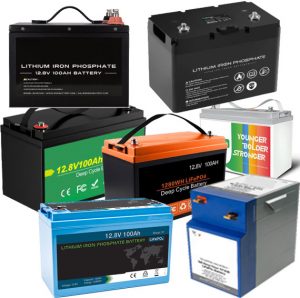 How to select the best lithium battery for you! 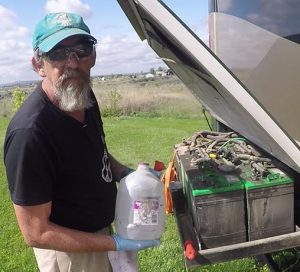 Hopefully this is the last of the frame repair on

Another new episode in my truck camper restoration

I host my site with Site Ground!

You may have missed 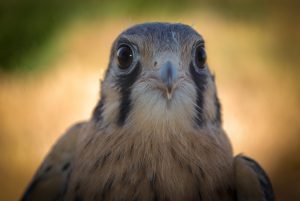 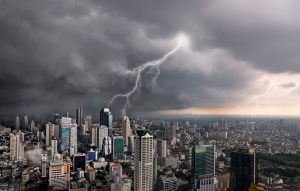 Do I Need Electrical Surge Protection Device in my RV?